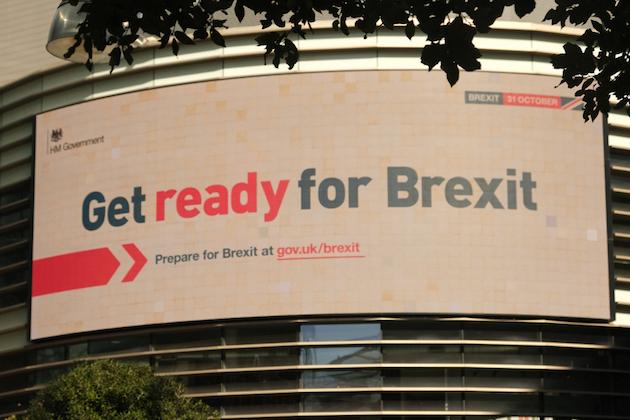 LONDON, UK - The UK government has been forced by Parliament to make public its contingency plans in the event the UK leaves the EU without a deal.

The "Operation Yellowhammer" document sets out the risks in a "no-deal" Brexit scenario. The document makes clear the severe implications for the human rights of people in the UK, and UK nationals in the EU.

The immediate rights impacts are likely to be worse for people on the lowest incomes, as their standard of living is more vulnerable than other groups to rising food and fuel prices caused by supply shortages and disruption.

The Yellowhammer document also states clearly that "certain types of fresh food supply will decrease," and although widespread food shortages are unlikely, reduced availability will likely drive up prices. The government concedes "this could impact vulnerable groups," and foresees additional food supply disruption caused by panic buying and stockpiling by those who can afford it.

"I have spent a lot of time recently documenting problems faced by people on the lowest incomes in the UK. Low income and single-parent households are already struggling after a decade of cuts to social security support and rising living costs. Their reliance on emergency food handouts has already skyrocketed, with many families already having sometimes to choose whether "to heat or eat," Kartik Raj, Researcher for Human Rights Watch in Western Europe says.

Yellowhammer makes clear that an active government decision to pursue a no-deal Brexit on October 31, just as winter sets in, would put their most basic rights to feed their children, to warm their homes, to cook and wash, and to get medicine if they fall ill even more at risk, says the HRW researcher. A government which proceeds with such action regardless of the consequences would breach international human rights law, Raj adds.

Parliament would surely be debating these vital issues today if the government had not suspended it for five weeks. Instead, with Parliament now muted, the government is gambling recklessly with the human rights of society's most vulnerable, Raj claims.