Chilean Journalist Dies After Being Shot During May Day Protests 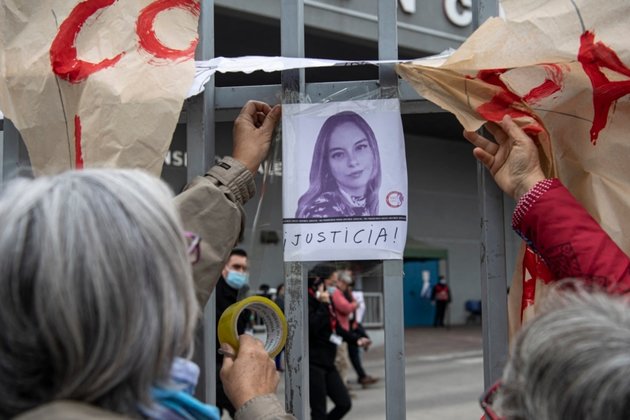 SANTIAGO, CHILE - A journalist who was shot near May Day protests in the Chilean capital Santiago died Thursday, a hospital official said, as the country's president promised there would be no 'impunity' in the case.

The death of 30-year-old Francisca Sandoval was also confirmed in a statement by the online community outlet for which she wrote.

'Francisca did not leave us. They killed her,' wrote the Senal 3 de La Victoria site, without elaborating on who it blamed for her death.

'We will miss you and we will do everything we can to tell the truth," it added.

Sandoval was shot in the head during violent clashes on the sidelines of a union demonstration organized to mark International Workers' Day on May 1. Two other people were also injured by the gunfire.

In a statement, Daniel Rodriguez, the head of intensive care at the hospital where she was treated, explained that Sandoval had died from a cerebral hemorrhage caused by the gunshot.

Last week, three alleged perpetrators of the shooting were arrested and the person suspected of shooting Sandoval was placed in pre-trial detention for manslaughter and illegal possession of a firearm.

Left-wing President Gabriel Boric in a tweet Thursday afternoon expressed his condolences to Sandoval's family and pledged to 'not allow impunity' for the crime.

Following the news of Sandoval's death, several vigils took place in the capital, with candles and photos of the journalist.

Following the news, some groups also set up barricades and cut off traffic in the Plaza de Italia, the epicenter of the 'social outbreak' protest movement since 2019, in the heart of Santiago.