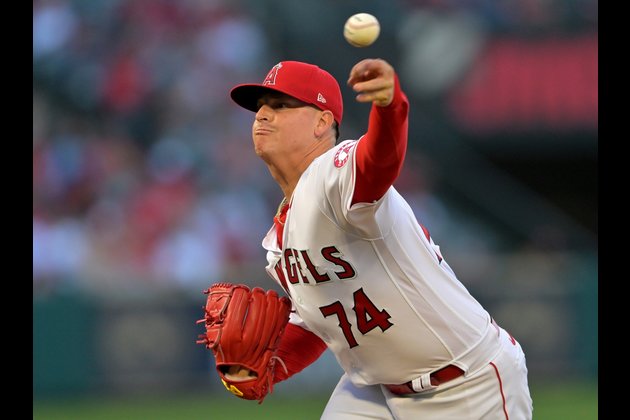 The Oakland A's will host the Los Angeles Angels on Saturday in a day-night doubleheader, with both teams playing well of late.

The Angels captured the series opener 2-0 on Friday and have won seven of nine. Despite the loss, the A's have won four of their past six since a nine-game losing streak.

Los Angeles left-hander Jhonathan Diaz (1-0, 0.00 ERA) will start Game 1 of the doubleheader. He is coming off a scoreless five-inning outing in his first major league start of the season on May 6 against the Washington Nationals, in which he got the win.

Diaz has a four-seam fastball that tops out at just 93 mph, but he is effective in mixing in his pitches, which include an 89 mph sinker, a changeup and a slider that register in the low 80s and a 74 mph curveball.

What makes Diaz successful, Angels manager Joe Maddon said, is more than his repertoire, but his mental approach.

"He's very good, very composed," Maddon said. "He was not fazed by anything. I like that about him."

A good example of that came when he faced Nationals star right fielder Juan Soto. In Soto's second plate appearance, Diaz thought he had Soto struck out on a 3-2 pitch and began walking toward the dugout.

However, the pitch was called ball four, and Soto stared down Diaz.

In Soto's next at-bat, Diaz struck him out, with the young slugger swinging wildly at a curveball out of the strike zone for strike three. Soto then slammed his bat to the ground in frustration.

"It was real emotional," Diaz, a 25-year-old Venezuela native, said through an interpreter. "We looked at each other, made eye contact. That's the way he plays. I like it. We win."

Diaz has faced the A's once in his career, making a start last season but giving up two runs on two hits and four walks in 1 2/3 innings, getting a no-decision.

Right-hander Paul Blackburn (4-0, 1.74 ERA) will make his seventh start of the season for Oakland in Game 1. He is coming off his best start of the year, when he threw 6 2/3 scoreless innings on Monday against the Detroit Tigers. He gave up four hits, did not walk a batter and struck out three.

Blackburn has been by far the Athletics' best pitcher this season.

"I could talk about this every time Paul pitches," A's catcher Sean Murphy said. "He mixes all of his pitches, throwing to locations, keeping guys guessing, keeping everybody off-balance, pitching to contact, being efficient. All the good things you could say about a pitcher."

Blackburn has faced the Angels once in his career, getting a victory after throwing 6 2/3 scoreless innings when he was a rookie in 2017.

The right-hander is coming off his worst start of the year, a loss against the Nationals on May 7, when he gave up five runs on five hits and two walks in 4 2/3 innings. It came one start after his longest outing of the season -- 8 1/3 innings and 100 pitches against the Chicago White Sox.

In his lone career appearance against the A's, Lorenzen threw two scoreless innings in relief on May 8, 2019.

Right-hander Adam Oller (0-2, 11.17 ERA) will make the fourth start of his rookie season for Oakland in Game 2. He has never faced the Angels.