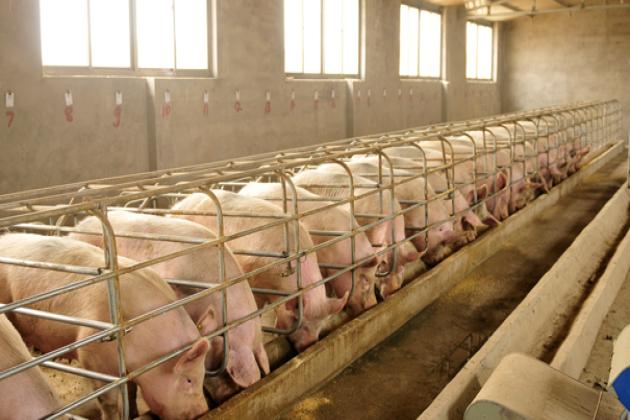 ELKHART, IND. - Thomas Titus handles all the challenges of running his sprawling Elkhart, Illinois, farm, but lately, he isn't making a lot of money doing it.

It's not unusual for farmers to diversify their products but Titus says his pork operation isn't typical.

"We're somewhat of a rarity given our size. We're a 600-sow farrow-to-finish farm, so we raise pigs from birth up to market weight, so our size and what we do is a little more dynamic and diverse," he said.

In total, Titus raises about 12,000 pigs a year, many sent to the international market. He said much of his profit comes from such exports.

"One in every four pigs we raise goes to a foreign country of some kind, so we are extremely dependent on those positive trade negotiations and trade agreements for the success of our business."

One key buyer of U.S. pork is China, the world's largest importer, which is dealing with a major outbreak of Asian swine fever. As a result, China's pig population has decreased about 20%. Some estimates indicate China has culled more than 1 million pigs.

When it was needed most, American pork was more expensive than other sources because of steep tariffs imposed by the Chinese government, one of many Beijing imposed on American agricultural products amid a protracted trade war with Washington.

But economic damage has been done to the U.S. pork industry.

"We've lost about $1 billion worth of pork sales, or what Iowa State University has put out a study, $8 per hog is what it's cost us on the tariffs," said Karl Setzer, a commodity risk analyst with AgriVisor, who added that even before tariffs, China tended to spread out its purchases.

"China doesn't like to marry themselves to one commodity supplier, be it pork, beef, soybeans, whatever it is," he said.

So when American pork couldn't compete on price because of tariffs, Setzer said China turned more to other suppliers, like the European Union and Brazil.

"Brazil has seen their trade jump 5% in the last year. The trade war isn't helping us at all. We would likely have a bigger share because we are a bigger pork producer, but it comes down to value and what we are willing to sell our pork for," Setzer said. "They're (China) still showing interest in our offerings, but when you look at all the other factors, the trade war on a whole is probably one of the worst ones we've been in."

It's unclear how much China will increase purchases now that certain tariffs, including those on pork and soybeans, are removed.

And even though, as with other farmers, Titus has taken direct hits for the price of almost everything he is producing on his farm as the trade war continues, he said he still supports President Donald Trump, but would like to see fewer trade negotiations happen via presidential tweet.

"It takes three tweets and this market takes a crash," he said.

Which is why Titus hopes upcoming face-to-face negotiations between the United States and China produce tangible, long-term results, creating some stability for commodity markets, and ultimately his bottom line.