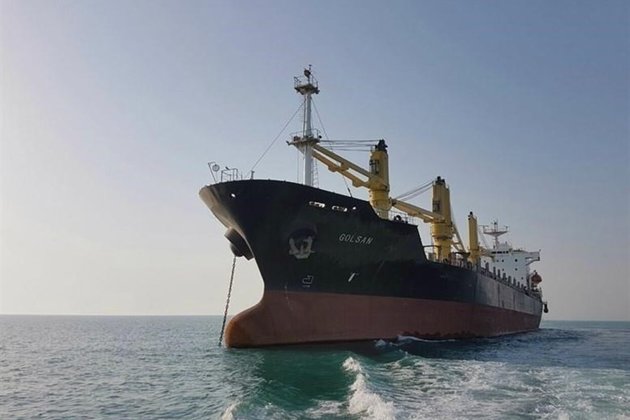 TEHRAN (Tasnim) - An Iranian cargo ship is expected to dock in Venezuela soon, an arrival that comes shortly after Tehran sent five tankers loaded with gasoline to relieve its fuel-starved South American ally, a report said.

The Golsan's journey signals a blossoming relationship between the two nations in defiance of stiff financial sanctions by the Trump administration against each of them.

The Golsan approached Caribbean waters Friday following a high-seas journey from Iran. It could reach a Venezuelan port by Sunday or Monday, said Dallen, based on tracking technology, AP reported.

Venezuela holds the world's largest oil reserves, and critics of President Nicolas Maduro point to the nation's reliance on Iran for gasoline as an example of the socialist government's failure.

The US seeks to oust Maduro, backing his political rival Juan Guaido.

Maduro blames many of the problems on US sanctions and other measures to undermine his rule. He says the US wants to install a puppet government so it can exploit Venezuela's vast resources.

Former National Security Adviser John Bolton writes in a book set to be published on Tuesday that Trump had insisted on military options against the South American nation, because "it's really part of the United States."

However, Maduro remains in power, and deep gasoline shortages that recently hit the capital of Caracas have eased since the Iranian tankers delivered fuel.

With Iran's recent technical help, Venezuela has also managed to get the Paraguana Refinery Complex, one of the largest in the world, partially working and producing gasoline, Dallen said.

The U.S. space agency, NASA, reported Monday it has confirmed water can be found in sunlit areas of the moon, ...

America, damaged and divided, prepares to go to the polls

US President Donald Trump and his Democratic challenger Joe Biden are battling for the presidency of a deeply divided country, ...

RIVERSIDE, California - A U.S. man has been sentenced to twenty years in federal prison for conspiring to commit terrorist ...

UK needs to decide between bargaining power and negotiation strategy

LONDON, UK - Reaching an agreement in trade deals is, in the best of times, a long process. There are ...

SYDNEY, NSW, Australia - Stocks in Asia were limp on Monday, although the Hong Kong market showed some life.In Tokyo, ...

Foreign exchange reserves in Kenya tumbled $615 million in past month