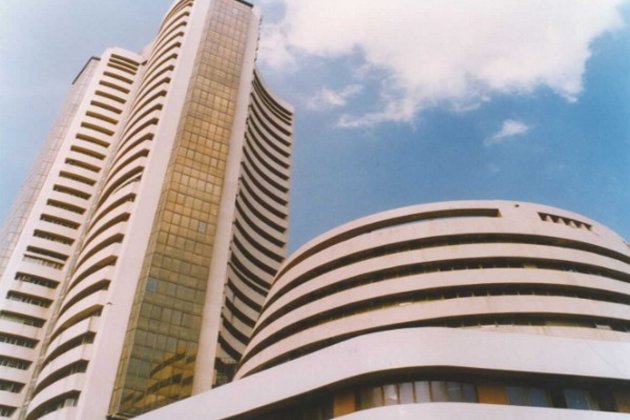 Except for Nifty FMCG, all sectoral indices were in the green with Nifty realty and private bank up by 0.8 per cent, pharma and by 0.6 per cent and IT by 0.4 per cent.

Among stocks, shares of Zee Entertainment zoomed by 21 per cent at Rs 225.95 per unit on the BSE after Invesco Developing Markets Fund and OFI Global China Fund Llc -- which own a combined 17.9 per cent stake in the company -- called for an extra-ordinary shareholders' meet to remove Punit Goenka as a director.

Adani Ports gained by 2 per cent, Eicher Motors by 1.3 per cent, Tata Motors by 1 per cent and Bajaj Auto by 0.8 per cent.

Axis Bank, ICICI Bank and Kotak Mahindra Bank too were in the green but with thin margins. However, Hindustan Lever, Hindalco, HDFC, Grasim and UltraTech Cement were in the negative zone.

Meanwhile, Asia's share markets were mixed with investors awaiting US inflation data for more clues on when the Federal Reserve will taper stimulus.

MSCI's broadest index of Asia Pacific shares outside Japan was up 0.13 per cent.

WASHINGTON D.C.: The Biden administration is drafting a plan to protect workers and communities from extreme heat, after a dangerously ...

ASUNCION, Paraguay: The Paraguay River experienced the steepest decline in its water levels in more than 117 years on September ...

ROME, Italy: Hundreds of Alitalia workers stopped highway traffic as they blocked an airport exit on Friday to protest that ...

PRAGUE, Czech Republic: The right-of-center Czech party, the SPD, which could be part of a new Czech government next month, ...

Experts say, after hurricanes, flood insurance rates to rise in US

NEW YORK CITY, New York: According to a study released by financial services provider LendingTree on Tuesday, updates to the ...

United Airlines fined by U.S. for holding passengers on tarmacs

UK reports shortages nationwide due to lack of truck drivers

LONDON, England: With Britain remaining short of tens of thousands of truck drivers, shortages throughout the country range from gasoline, ...

GLASGOW, Scotland: Energy provider INEOS has announced that it will convert its large-scale petrochemicals plant and oil refinery in Grangemouth, ...

CHICAGO, Illinois: Housing sales in the United States fell in August amid sustained supply shortages, with indications that the housing ...

To Sleep With Anger