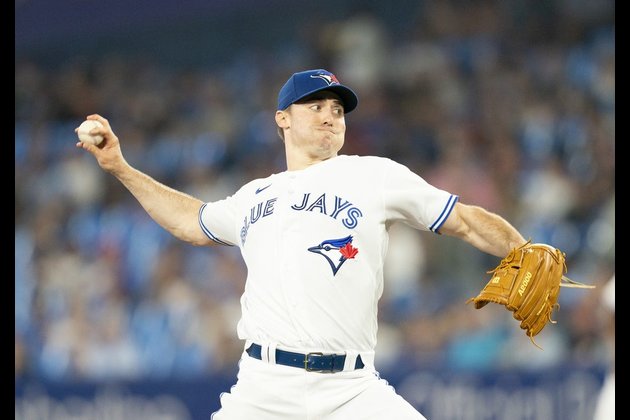 The Blue Jays scored six runs in the seventh to salvage the finale of a three-game series and finish a 2-4 homestand.

The Orioles completed a 3-4 road trip.

Toronto right-hander Ross Stripling, starting for the first time since July 30 because of a hip strain, allowed no runs, one hit and no walks while striking out seven in 6 1/3 innings.

Bo Bichette led off the bottom of the fifth with a double down the left field line, but was stranded when Voth retired the next three batters on two fly balls to left and a foulout to catcher Robinson Chirinos.

Stripling recorded a strikeout to start the top of the sixth and retired the next two batters on groundouts to remain perfect after 18 hitters.

Cedric Mullins led off the seventh with a single to center and took second on Anthony Santander's groundout to first. Yimi Garcia (2-4) replaced Stripling. Mullins took third on Ryan Mountcastle's groundout to shortstop. Austin Hays struck out to end the inning.

Joey Krehbiel (4-4) replaced Voth in the bottom of the seventh. Teoscar Hernandez blooped a one-out single to center and took third on Bichette's single to right center.

Cionel Perez then took over. Springer hit an RBI single to center to give Toronto a lead it would never surrender. Santiago Espinal followed with a two-run double to right and took third on the throw home. Danny Jansen walked, and Louis Head replaced Perez.

Matt Chapman was hit by a pitch, and Lourdes Gurriel Jr. forced in a run with a two-out, bases-loaded walk before Alejandro Kirk added a two-run double.

Zach Pop allowed a run in the eighth on singles by pinch hitter Terrin Vavra, Rougned Odor and Chirinos.