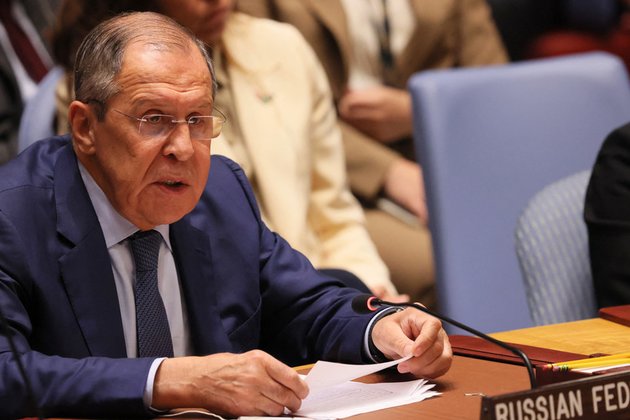 For years, the West tolerated Ukraine turning into a ?totalitarian Nazi state,? the Russian FM told the UN

The current crisis in Ukraine was brought about by the West systematically covering up the crimes of the Kiev government since the 2014 coup, Russian Foreign Minister Sergey Lavrov told the UN Security Council on Thursday.

Lavrov noted that "impunity" is a good term for what has been happening in Ukraine, not since February but since 2014, when US-backed nationalists and neo-Nazis seized power by force. No one has ever been held responsible for the murders on the Maidan, the burning of peaceful protesters in Odessa, or the assassinations of dissidents, he pointed out.

Civilians of Donbass have been bombed mercilessly for years and dubbed terrorists and even subhuman, simply for refusing to accept the results of the coup and insisting on their basic human right to speak Russian, Lavrov said.

The Russian foreign minister presented a long list of human rights violations by Kiev that went ignored by various European and global human rights groups, from "burning books, just like in Nazi Germany" to using banned 'petal' land mines against civilians this summer.

"Such outrages became possible and remain unpunished due to the fact that the US and its allies, with the connivance of international human rights institutions, have been systematically covering up the crimes of the Kiev regime for eight years, basing their policy towards [Ukrainian President Vladimir] Zelensky based on the well-known American principle: he may be a son of a b*tch, but he is our son of a b*tch," said Lavrov.

This was a reference to an apocryphal quote attributed to President Franklin Delano Roosevelt, and thought to apply either to Anastasio Somoza of Nicaragua or Rafael Trujillo of the Dominican Republic - both US-backed dictators.

Lavrov also accused the Ukrainian armed forces of using civilians as human shields and said that Russia and the Donbass republics are fighting against the "Western military machine" in Ukraine, with the US and its allies perilously close to being overt participants in the conflict.

Moscow has shared evidence demonstrating that the West has sought to turn Ukraine into a forward outpost that could threaten Russia's security, Lavrov told the UN. "I can assure you, we will not let that happen."