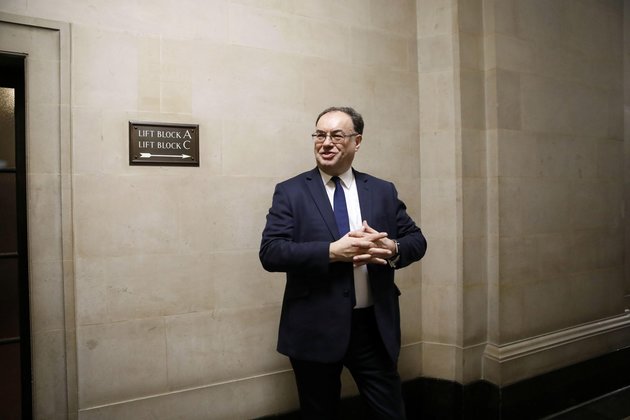 When long-dated UK government bonds fell sharply following the consistent criticism of the new economic measures laid out by the UK government, it forced the Bank of England to intervene to prevent an "unwarranted tightening of financing conditions and a reduction of the flow of credit to the real economy".

On September 28, the bank announced it would buy UK government bonds (also known as gilts) with maturities of 20 years and upwards on "whatever scale is necessary" over a two-week period. This involves "creating" potentially Pound 65 billion of new money using quantitative easing (QE), while the bank has also delayed until the end of October a separate plan to begin selling gilts to reduce Pound 838 billion of existing QE money brought into existence since 2009.

The bank did not explain why the fall in long-dated gilt prices "has become more significant in the past day", but experts quickly identified the UK pensions industry as the leading cause. Specifically, the wider UK economy is at risk because most UK retirement savings are managed using an approach known as liability-driven investing (LDI).

The total UK assets covered by LDI has exploded in a decade, from Pound 400 billion in 2011 to Pound 1.6 trillion in 2021. That equates to over 70% of UK GDP, and more than the UK government's general debt (after stripping out the gilts held by the Bank of England).

The main reason behind this "success" is LDI's capacity to cover long-term pension liabilities. Almost exclusively used in final-salary schemes, LDI is supposed to guarantee that there will be enough assets to cover liabilities over the life of the scheme.

Pension funds traditionally hedge against downturns in the stock market by also putting money into the government bonds issued by "safe" countries such as the US, Japan, Germany or the UK. When share prices fall during a downturn, government bond prices would normally rise because they were seen as a place of safety. So while one part of the pension portfolio falls in value, the other rises to help offset losses.

But when interest rates were cut to zero after the global financial crisis and central banks increased the money supply through QE, it drove bond prices to very high levels. This meant that they couldn't go much higher during a downturn because the rate of return (known as the yield) was so low at such prices. This meant they were a less effective hedge - plus the very low yields meant they weren't making much money for pension funds anymore.

To improve the overall expected return of funds, LDI suggests putting less money into bonds and more into shares and other assets with higher expected rates of return. Instead of hedging with bonds, fund managers enter into insurance contracts known as interest-rate swaps. These allow you to achieve the same long-term rate of return as from a traditional hedging strategy - and potentially more if your extra allocation into shares produces higher returns.

Why it has gone wrong

Unfortunately there are three problems with LDI. First, a fund's overall exposure to a downturn in the stock market can be greater, thus increasing the risk profile of the scheme.

As well as the fact that shares are usually riskier anyway, many pension funds have also moved into more leveraged investing as part of LDI. This is where you borrow to potentially make more money from your investment. So instead of buying share A and, say, seeing its value increase or fall by 5%, you borrow to buy five times as much of the share. If it goes up 5%, you make five times more, but you also lose five times more if it goes down 5% - plus you're in danger of losing the sum you put up as collateral to borrow the money in the first place.

Of all the schemes, 62% had bought interest-rate swaps, and these contracts themselves accounted for 43% of all leveraged investments. The maximum permitted level of leverage was between one and seven times - meaning that in some cases, fund managers have been borrowing to multiply the size of their risk sevenfold.

The third problem relates to the collateral that has to be put up as part of leveraged investing. The fall in the value of the swaps has prompted a lot of margin calls on them, which is when the lender tells the borrower that they have to increase their collateral on the original trade or lose what they put up in the first place.

To raise the money to avoid this liquidation, pension funds have been forced to sell gilts, corporate bonds and shares. But by selling gilts, it further decreased their value, which further devalued the swaps and would have created a spiral where they had to sell more and more assets to cover further margin calls.

The problem with the value of gilts falling (not to mention shares and corporate bonds) is that it pushes up their yields, which heavily influences the price of lending across the economy - not least tracker mortgages. The Bank of England's intervention to support long-dated gilt prices was aimed to break this spiral.

Now, the critical decision for the managers of pension funds is whether to continue to follow LDI strategies and sell more assets to fund their swaps if bond yields start rising again. The alternative is to terminate the swaps, which will leave their assets exposed to further potential drops in the stock market, potentially preventing them from being able to meet their pension liabilities.

Meanwhile, the Bank of England must decide whether to continue to buy long-term gilts to indirectly finance these pension fund liabilities or terminate and potentially prevent retirees from receiving their pensions. The UK government's announcement that it will not go ahead with its plan to scrap the 45% rate of tax for high earners may alleviate the pressure, but with inflation running so high, it's hard to say for sure.

The next crucial date is October 14, when the bank's intervention is due to end. A strong clash between financial constraints and political goals is taking place here: the feeling is that the BoE is now trapped.

Whether the UK still has a pensions industry that functions without massive QE is unclear in the meantime.